If we are investing in equity markets, there is only one certainty – we will all inevitably  go through periods of market declines.

History shows us that for Indian equity markets, it is reasonable to expect a 40%–50% correction at least once every decade, 20-30% correction once every 3-5 years and 10-15% corrections almost each and every year.

But the sad part is that most of us (that includes me for sure) will find these corrections extremely stressful and there is a very high likelihood that we will panic, exactly at the wrong time.

Usually this leads to disastrous investment pattern of selling low and buying high. 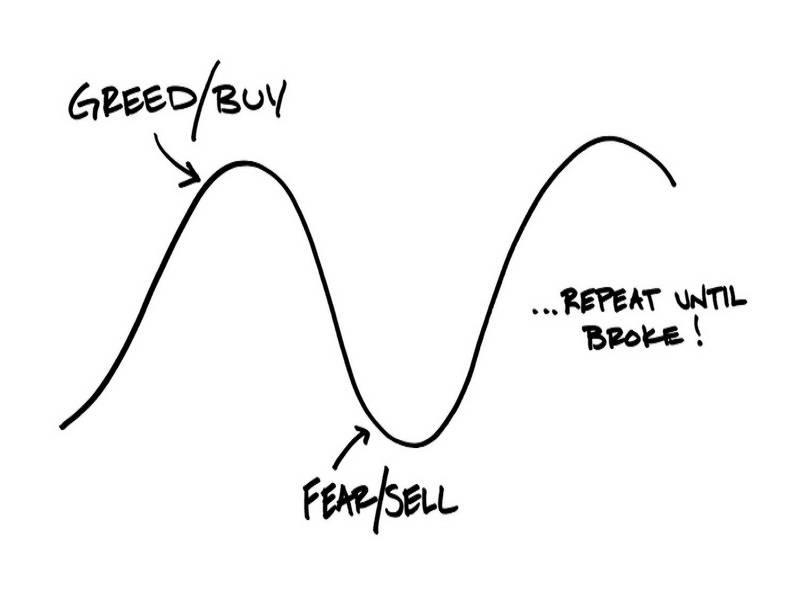 This also ends up in what is called a “behavior-gap” i.e investor returns being far lower than the actual underlying investment returns over the long run.

At the risk of grossly simplifying the issue, from an investor behavior point of view we have two problems to solve

Over the next few weeks, we will delve upon each of these two issues in detail and see if we can figure a way out.

First, let us focus on the 1st problem “Selling Low” and learn about the 8 enemies who influence us to sell during a bear market

Enemy No 1: Evolutionary roots and our three-in-one brain!

Scientists working on our brains have found out that while all of us have a single brain – not all parts of our brain were developed at the same time, instead, our brain actually evolved in three separate stages over millions of years as a part of human evolution. 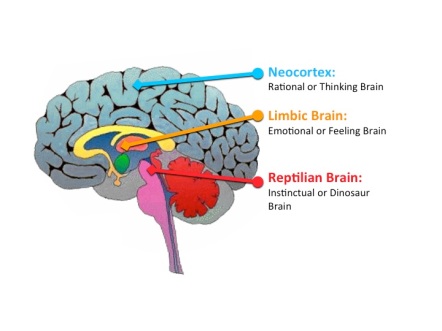 The three brains – the reptilian brain, the limbic brain, and the neocortex – are radically different from each other in anatomical structure, in chemical composition and in function.

They are so different, that we can think of this as having three different brains crammed into our skull: a primal instinctive mind, an emotional mind and a rational mind.

This is called as the Triune Model of the Brain and was developed by the scientist Paul McLean in the 1960s. 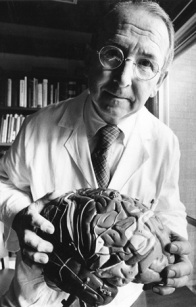 The reptilian brain, is the oldest part of the brain, the one that we share with reptiles, and has its origins about 500 million years ago.

This brain caters to the most primitive, instinctive human behaviors and the primary purpose of the reptile brain is survival, reproduction (sex) and protection.

It controls the basic functions required for body maintenance like breathing, heart rate, metabolism, digestion, hunger, blood circulation etc and is also involved in arousal and responds to opportunities to have sex.

The second to develop was the limbic brain or emotional brain. 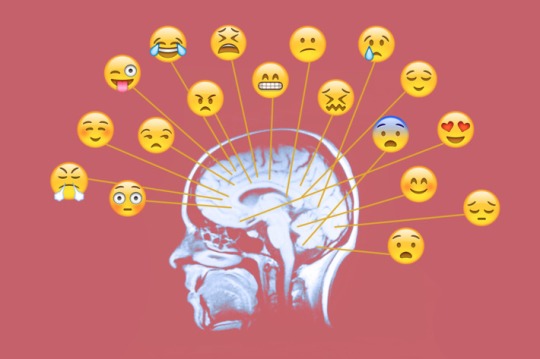 For example, the reason why we may feel good after eating an ice cream is because the limbic system has assigned a pleasurable emotion to consuming that specific food.

The reason why we like or dislike certain activities is because our limbic system holds on to emotions assigned to that activity.

Let’s say we lost money in the stock market. Our limbic system will store an emotion of pain attached to stock markets. This event may then be the reason why we become scared of stock markets.

The functioning of the limbic system is based on the experience of pleasure or pain.

And here is the important part – we have very little control over the limbic brain.

Both the reptilian brain and the limbic brain together are sometimes also referred to as the Lizard Brain.

They together were designed to serve our ancestors who were were hunter-gatherers, living in small nomadic groups, pursuing wild animals for food, looking out for edible plants, searching for mates, avoiding predators and seeking shelter in bad weather.

Further the reptilian is always scanning the environment for potential threats.  Based on its evaluation of the threat along with the help of the limbic brain, it responds with a freeze-flight-fight response. (i.e it responds to threats either by mobilizing our energy for fighting back or for flight, or by freezing in helplessness in the face of an overwhelming situation.)

“The lizard is not thinking about the taxes and what he’s going to do tomorrow, how to secure his housing, mathematics; he’s just into food,fuck,fight,freeze,flight. That’s it. And it’s very real. Pure feeling.”

– Wim Woff a.k.a the Dutch “Iceman” who climbs the highest and coldest mountains in the world, shirtless only wearing shorts 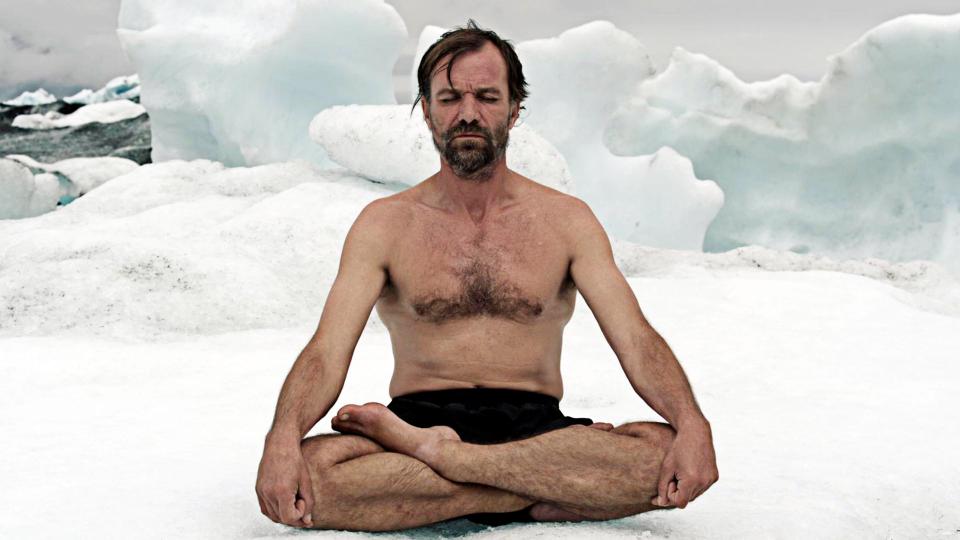 Since nothing matters more than survival, we are in fact largely controlled by the lizard brain!

Also, the lizard brain overrides the rational brain when it perceives threat and our survival and safety are in question.

We are all lizards deep inside!

c. Neocortex – The Rational Brain a.k.a The Thinking brain 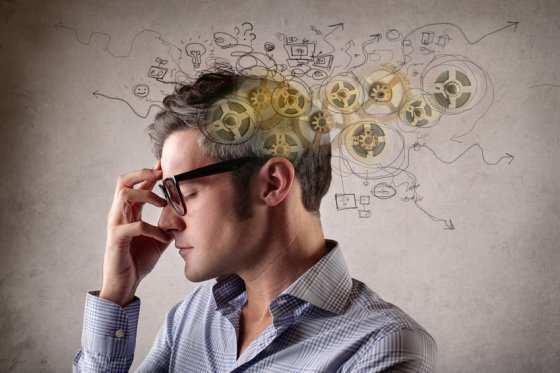 The most recent and outermost part of your brain is the neocortex, which you can think of as your thinking brain. It’s responsible for reason and logic.

It’s also the part that gets hijacked when perceived threats and high emotion take over.

So basically, out of the three brains, the Neocortex is the one which is best suited for complex decision making required for stock market investing.

Now that we are done understanding the three brains, here is a quick summary to help you remember

Our brain – Latest software upgrade on an outdated hardware

As a part of evolution as the brain evolved from primitive to advanced, it didn’t get rid of its old parts. Instead, the new parts formed on top of the old ones. The older parts stuck to their age old functions of survival. The problem now is that we have a fairly recent software which is running on a hardware upgraded millions of years ago!

This forms the foundation of an entire field called “Behavioral finance” which explores the various behavioral biases which we have due to this mismatch.

The three brains and the falling market

Usually all these three brains operate together. But there are times when a certain segment will override or heavily influence other segments. And herein lies the problem.

This makes perfect sense from an survival point of view, as in the presence of fear or danger, someone who delays is at a disadvantage; a fraction of a second can make all the difference between life and death.

Step on a snake, a dog suddenly chasing you, an stone flying towards your face, and your lizard brain will jolt you into jumping, running, ducking, or taking whatever impulsive response that should get you out of trouble in the least amount of time.

But what if the lizard brain is wrong in its interpretation of danger and has received a false signal – given the instinctive response, you would have acted by then.Apparently this is still fine.

For our ancestors, this system worked perfectly well, as there was little harm in confusing a false alarm vs a real one. If your lizard brain sent you running trying to escape a tiger, you are safe. Even if it was actually only a movement in the grass due to wind which you mistook for a tiger, you still end up fine as your running away from that place did you no big harm.

But the real problem is when a potential threat is financial instead of physical.The lizard brain is only used to physical threats and never had to handle a financial threat during its hunter-gatherer times.

Hence when faced a financial threat such as a fall in markets it cannot differentiate it from a physical threat.

As a result, it triggers the same fear reaction, during a market fall as you lose money or believe that you might!

In fact according to Jason Zweig, the author of “Money and your Brain 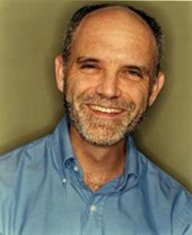 “Financial losses are processed in the same area of the brain that responds to mortal danger. Losing money can ignite the same fundamental fears you would feel if you encountered a charging tiger, got caught in a burning forest, or stood on the crumbling edge of a cliff.”

So the lizard brain in charge of our survival comes into action overriding our rational brain during a market fall when you start losing money!

The lizard brain still stuck in our ancestral hunter’s environment, as a response to the threat decides to take the flight response.

Unfortunately, in the world of investing, a panicky response in a falling market is usually disastrous in the long term. Selling all your stocks or equity mutual funds just because the Sensex is falling – will put you in far more trouble than it will get you out of it.

A moment of panic is all that it takes to screw up our long-term investing strategy.

The story usually ends with us fleeing the market at a low point and missing out when the market bounces back!

Thus it is important to realize that, in a falling market our lizard brain (mistaking the financial loss as a survival threat) is hell bent to make us sell out of equities.

And mind it, this is a powerful brain which has evolved over millions of years – our new age rational brain more often than not will not stand a chance against this.

Add to it the fact that, we can quickly execute our sell decisions in seconds thanks to our cellphones.

No wonder majority of us panic and sell during a market crash!

To panic during a bear market is not our fault, we are all wired that way.
Blame our evolutionary roots and the lizard brain.

In the coming weeks, we shall explore each and every one of the other enemies, gain a broader perspective as we connect the dots and at the end of it come with a solution to fight them all (hopefully).

Till then, happy investing as always 🙂

P.S: By no means am I a brain expert. So most of these learnings are from several articles, books, videos etc . The intent of this series is to primarily spur your curiosity and explore why we actually panic during a market correction. If you are brain related scientist and got pissed off at my naivety please feel free to take my case via the comment section 😦

For the rest of us, if you loved what you just read, share it with your friends and don’t forget to subscribe to the blog along with the 3500+ awesome people. Look out for some free, super interesting investment insights delivered straight to your inbox. Cheers 🙂